A quiet street in Phoenix became a scene from the latest Hollywood chase movie when a man tried to evade arrest after crashing a pickup truck at a bus stop and severely injuring a 17-year old bystander.  Based on a statement by officials, a 17-year old boy sustained serious injuries when a man stole a pickup truck and then rammed it into a bus stop and hitting a teenager quietly waiting for a ride while trying to evade police. The incident occurred at around 9 am, Tuesday, near 19thAvenue and Bell Road.

According to witness Bob Carter, he was eating inside an IHOP when all of a sudden he heard the sound of a big crash. According to Carter, “I thought it was somebody dropping plates or something like that.”  It was not long before Mr. Carter and others in the restaurant realized that something seriously wrong was going on outside.  Based on the statements of Phoenix Police officials, the suspect in the incident was identified Wednesday morning as Matthew Jennings, a 33-year old man who stole a truck and drove it westbound along Bell Road near 19thAvenue. According to the police, the suspect rammed the pickup truck at a bus stop, where the 17-year old teenager was patiently waiting for a ride home. The teenager, according to police, did suffer some serious injuries.

Everyone Trying to Help

According to the witness, when everyone saw what happened, they immediately went to the boy in order to help him. However, they waited till the fire department finally arrived so the bus stop could be safely lifted up. Carter said, “And then, everybody was trying to help the guy that was underneath there, and they waited ’till the fire department out there to help lift up the bus stop,”

The police said that the suspect, Matthew Jennings was attempting to evade arrest by slamming into another truck until the truck caught fire.  The entire scene unfolded in a dramatic viewer video where firefighters rush in to try and put out the blaze. Based on an eyewitness account at the scene, the suspect got out of the truck and then tried to elude police by running on foot into a car dealership area. There in the grounds of the car dealer was where the police were able to finally apprehend him.

Credit is given to the quick reaction time of the police. Carter said that after he hit the bus stop and no more than ten seconds after that, around 5 police cars flew by with a couple of cars stopping to check if anyone was injured. The rest chased the suspect and quickly apprehended him. 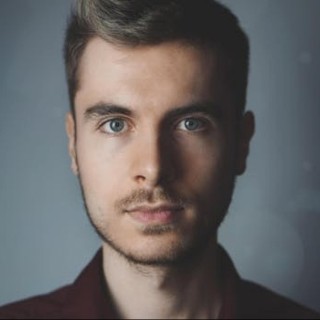 Good Day! Welcome to Sedonas Finest. I'm Ritthy Kennedy and this is my site. I provide articles on the latest happenings in and around the great state of Arizona. You will also find information on articles aimed at making life a little easier. Things like organization tips, products reviews and more.